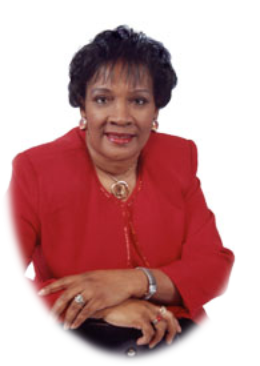 Since taking the Delta helm, Dr. Rice has embarked upon fulfilling the Sorority’s mission by employing the theme: “One Mission, One Sisterhood: Empowering Communities through Committed Service” for the 2006-2008 biennium. Over the next two years, Delta chapters will make a collective effort to empower local communities by providing effective programming in the areas of economic development, education health and wellness, public affairs, and international awareness. Dr. Rice has established a Health Task Force to work in collaboration with Delta’s National Program Planning and Development Committee to determine the most effectual plan of action to improve health among African-American families and, ultimately, change the statistics of such major health diseases as obesity, heart disease, diabetes, and hypertension. In April 2006, the Sorority held Summit VI: “Health Issues that Impact Women of African Descent” in Montego Bay, Jamaica. Health care professionals shared their expertise in the research and treatment of chronic diseases which disproportionately affect African-Americans.

Under Dr. Rice’s leadership, the Sorority established the Delta Hurricane Katrina Relief Task Force to facilitate the needs of gulf Coast residents affected by the national disaster. The Hurricane Relief Task Force is responsible for creating strategies to address the numerous difficulties impacting persons displaced by Hurricane Katrina as it relates to housing, health and wellness, emotional and financial needs. Delta Sigma Theta Sorority, Inc. has made a major commitment to three Historically Black Colleges and Universities that were affected by Hurricane Katrina. Collectively $700,000 will be awarded to Dillard, Xavier, and Southern Universities over the next four years with a total of more than $1.2 million dollars being committed to agencies, organizations, members, and other residents of the affected Gulf areas.

With more than 24 years of national experience and committed leadership to the Grand chapter of DST, Dr. Rice was elected to the Delta presidency in July 2004. During her first term of office, on behalf of the Sorority, Dr. Rice presented a $1 million donation to the NAACP Legal Defense and Educational Fund in support of its exceptional work for civil rights. She was elected to a second term in 2006 during the 48th National Convention held in Philadelphia. Prior to assuming the presidency, she served as the Sorority’s National First Vice President for two terms where she chaired the Scholarship and Standards Committee and oversaw Delta’s national scholarship fund, membership intake component, policies and procedures, and numerous other internal development matters.

From 1992 to 1996, Soror Rice served on Delta’s National Executive Board as National Secretary. She has also served as Director of the southern Region, which is the Sorority’s largest region, comprised of Alabama, Florida, Georgia, Mississippi, Tennessee, and The Bahamas. Her other national involvement includes chair of Delta’s Leadership Academy, a training and leadership development initiative.

Her devotion and steadfast leadership in Delta Sigma Theta Sorority began while she was an undergraduate at Tuskegee Institute. Soror Rice was initiated into the Sorority through Tuskegee’s Gamma Tau Chapter in 1961. She has held membership in the Augusta Alumnae chapter for 29 years and served that chapter as President and Vice President. Soror Rice also holds Golden Life and Diamond Life membership status in the Sorority.

An educator for 40 years, Dr. Rice taught on both the secondary and university levels. She is currently an Associate Professor of Reading Emeritus at Augusta State University, where she was employed for 20 years. Her career in education began in the Grady County, Georgia School district where she taught English and later chaired the English Department. She has also taught n the Lansing, Michigan School District; the Richmond County, Georgia School System; and at Paine College in Augusta. Educating students and providing service are indeed two of her passions in life.

In the area of civic and community involvement, Dr. Rice serves on the Board of Directors for the Richmond County Department of Family and Children Services, where she formerly served as chair; and is a Board Member of Central Savannah River Area (CSRA) Economic Opportunity authority, Inc., where she serves as treasurer. She is a member of the Advisory Committee to the Richmond County Board of Education and a member of the Augusta Chapter of the Links, In., formerly serving as President. She holds a Life Membership in the National Council of Negro Women and is a member of Leadership Augusta.

After earning her bachelor’s degree in English and Secondary Education from Tuskegee University, she earned a Master’s degree in Remedial Reading and Psychology of School Subjects from Teachers College of Columbia University in New York City. Dr. Rice was awarded the Doctorate of Philosophy degree in Reading Education from University of Georgia in Athens and is certified at the doctorate levels in educational administration and supervision. She has received numerous honors and awards from such entities as the City of Milledgeville, Georgia; the State of Kentucky; the County of Dade, Florida; the Tennessee House of Representatives; the City of Augusta; the United Negro College Fund; Omega Psi Phi Fraternity, Inc.; the American Association of University Women; Alpha Phi Alpha Fraternity; the CSRA Council of Girl Scouts of America; and others.

Dr. Rice currently resides in her hometown of Augusta, Georgia, where she is a member of Tabernacle Baptist Church. To the union of her and her late husband, Dr. Wilson L. Rice Sr., were born two sons, Wilson, Jr. and Christopher. Wilson is married to Elicia, a Delta Soror, and Christopher is married to Stephanie. The grandchildren are Edward Lamar, Alana Elyse, Laura-Louise, and Christopher John.

This website is the sole property and responsibility of the Augusta Alumnae Chapter of Delta Sigma Theta Sorority, Inc.